The Roman Holiday Tour departs from Piazza del Popolo, one of the most famous piazzas in Rome, in the waiting room of the Urbe at the top of the famous Spanish Steps (Via del Babuino, Via del Corso, Via di Ripetta).

After a short practice with the Segways to ensure everyone is confident riding them, the tour guide will take you down the Ancient Roman road like in the famous film Roman Holiday.

In Piazza della Rotonda you'll see the Pantheon, one of the oldest and best preserved monuments in Rome, then across the sacred area of Largo Torre Argentina and on to the Roman ghetto where you’ll see Teatro Marcello, the Bocca della Verità and the Circus Maximus.

Finally, you'll arrive at the monumental amphitheatre of the Colosseum and the magnificent area around the . On the way back you'll see the glorious “Vittoriano” (National Monument to Victor Emmanuel II) and the famous Trevi Fountain as you come into Piazza di Spagna at the foot of the Spanish Steps.

The famous Via Margutta, well-known for its art shops and 16th century houses, rounds off the tour in Piazza del Popolo.

Any customer wishing to participate in a Segway tour must first undergo an introductory training session with our specialist staff. The decision of the trainer on customer ability to use the Segway is final. Tours are only available to customers aged 16 or over and children accompanied by a parent or guardian. No driving licence is required. You should to be fit enough to go up and down steps without assistance, in order to climb onto and off the Segway quickly and independently. Participants must be between 45 and 113kg in weight and are required to sign a disclaimer before setting out on the tour.

EllenLW
Our fun, knowledgeable guides took us to see so many great sights over the course of an afternoon. This is a wonderful way to cover far more ground than you can on foot but still feel the city since you're not enclosed in a car or bus. The Segway is easy to ride, and weaving in and out among the pedestrians and even the cars is exhilarating. 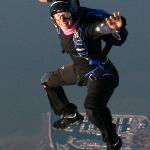 Silvia O
Excellent kindness and availability! Fantastic tour! We visited Rome in 3 hours and a half and saw things that regular tourists see in a 3 days time! And all this riding the great SEGWAY! No more exhausting walks…With the Segway everything is faster and more relaxing! You must to try it!